This project is presented in collaboration with the Mardjani Foundation 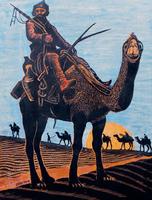