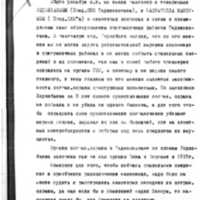 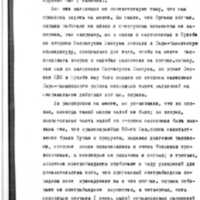 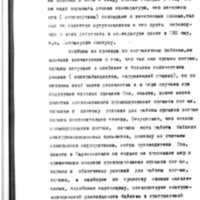 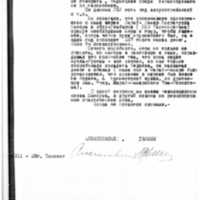 On 25 December of this year we had a conversation with comrades KHODZHIBAEV (Chmn. of the Sovnarkom of Tadzhikistan), and NASRATULLA MAKSUM (Chmn. of the CEC) regarding certain matters in regard to the inspection we conducted in the border raions of Tadzhikistan. Cde. Khodzhibaev stated in the conversation that, in his view, we could not see the true picture of the situation in the border raions and could not gather accurate information about their situation since we were relying too much in our work on GPU agencies, and that is why we did not see the most important aspect, and that most important aspect in his view is the contamination of the border patrol by criminal elements. According to Khodzhibaev, in the eight years it has existed, the border patrol has not caught or killed a single basmach, and in order to justify their existence the border guards kill peaceful dehkans [peasants], claiming they are either basmachi or inveterate smugglers and taking away their property under this pretext.

The border patrol in Tadzhikistan, according to Khodzhibaev, has been contaminated just like the Cheka was in Fergana in 1919.

Now, though, the commission should, in Cde. Khodzhibaev’s opinion, recommend in its report, as one of the most important measures to improve the situation in the border zone, that Tadzhik commissars be added to all the bodies of the Border Patrol Directorate. Tadzhiks for this purpose can be found in Khodzhent.

None of these statements match what we saw on site. We found that the border patrol is working pretty well and has not been contaminated by any criminal element. For example, at the insistence of Nasratulla Maksum in Kuliab we traveled to the Sary-Chashma commandant’s office specifically to investigate on site complaints from the public about the border patrol, since, during the CEC Session in Kuliab, according to Nasratulla Maksum, several thousand complaints about improper actions by the border patrol were submitted to him by the populace of Sary-Chashma Raion.

We established, based on questioning done on site, that, first of all, there has never been such a slew of complaints; second, a significant portion of the complaints from the populace were caused by the fact that Red Army soldiers from the 80th cavalry regiment took forage and foodstuffs by force, issuing IOUs that were paid later after very lengthy foot-dragging, and some have yet to be paid even to this day; third, inveterate smugglers are resorting to a number of ruses to prove that livestock that they have rustled belongs to them and that the border patrol is taking away noncontraband property; and fourth, there have been several (very few) valid rebukes by the public directed at the commandant’s office (based on the seizure of livestock from persons who smuggled it in several years ago, and so forth).

Maksum’s statement that a Kazakh bai is serving as an translator at the Parkhar commandant’s office is also untrue,

NOTE: If one judges by Maksum’s statement (the translators are bais, and that is the cause of all the trouble), one can conclude that he [text obscured] resolutely is of a mind [text obscured]

bais from our administrations, but the facts suggest otherwise. In Sarai-Kamar we encountered an outrageous situation where the large Sarai-Kamar partnership is headed by a major bai stripped of his voting rights, Mullah Rustam, who was elected Chairman of the partnership at the bazaar.

The situation at the partnership is not worth talking about – the poor peasants’ funds were spent for other than their designated purposes.

According to the GPU’s information, there have been a number of abuses, and so forth.

We thought that Nasratulla Maksum and Abdu-Dzhabarov (the People’s Commissar for Finance of Tadzhikistan), who traveled with us through Sarai-Kamar, would take the necessary measures to eliminate the situation where 207,000 of our money passes through the hands of the biggest bai in one year.

Nothing of the kind happened. Measures were not only not taken, but Maksum, in his conversation with us, justified this situation by saying that as long as Mullah Rustam is in place, everything is fine, but as soon as they tried to install a poor peasant, he grabbed some money and fled (we established already in Sarai-Kamar that it was not at all a poor peasant who was installed in the partnership, but a Tashkent crook, under the patronage of the Dep. Chmn. of the Sarai-Kamar Tuman [District] Executive Committee [sic]).

On the one hand, we have Maksum’s revolutionary words, but on the other, practical deeds that are not at all revolutionary.

As for the words, they just remain words.