Mirsaid Mirshakar (1912-1993) was a Soviet Tajik poet, writer, and government official. He was particularly known for his stories and poems for children, while his film work included Children of the Pamirs (1963). He was a member of the Central Committee of the Communist Party of Tajikistan, Chairman of the Supreme Soviet of the Tajik SSR (1961-1975), and chairman of the Tajik branch of Society for Solidarity with the Countries of Asia and Africa. This volumes includes reminiscences about other Tajik writers, among them Ayni, Lahuti, and Tursunzoda, as well as Russian writers like Kornei Chukovskii and Nikolai Tikhonov, and foreign writers such as the Punjabi novelist Gurbaksh Singh. 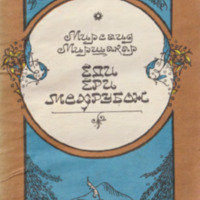