Sulton Mirzoshoev (1932-2016) was a Tajikistani politician and cultural official active in the Soviet and post-Soviet era. Originally from the Danghara region, he was educated at the teacher's college in Kulob and later at the Higher Party School in Moscow. This collection inculdes his account of the case against Tajikistan's First Secretary Tursun Uljaboev, which Mirzoshoev witnessed as a leader of the republic's Komsomol, and various episodes from the history of the republic's film industry, including an essay on the director Boris Kimegerov.

could not be OCRd but PDF is quite readable 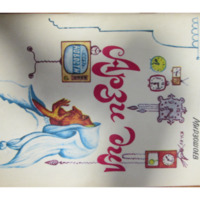